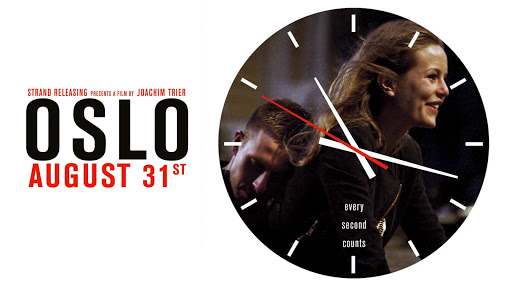 Watching Norwegian movies is one of the most fun ways to learn a language.

When you watch a movie, you are relaxed, which makes it easier for your brain to capture and retain words and phrases. But you also must make sure you aren’t just passively listening and not retaining the information.

Below we have outlined the 10 Best Norway’s movies to learn Norwegian (norsk). We have made sure to provide plenty of diversity for those out there looking for a good drama, a comedy, or just plain adventure.

Anders is a recovering drug addict in an Oslo rehab clinic. On 30 August, he is given a day’s leave to attend a job interview in the city center. After visiting his friend Thomas, he proceeds to his appointment. In the interview, he admits to being a drug addict and storms out. He then wanders the streets of Oslo for the rest of the day and night, meeting, and sometimes confronting, people from his past. The film ends the next day, 31 August. Focusing on the decisions Anders has made with his time off.

Based on a true story: Norwegian winter, early 20th century. On the island Bastoy, located in the Oslo fjord live a group of delinquent, young boys aged 11 to 18. The boys daily, sadistic regime is run by the guards and the principal who bestow both mental and physical abuse on them. Instead of the boys being straightened out with education they end up being used as cheap, manual labor. The boys attempt to survive by adapting to their inhumane conditions. One day a new boy, Erling (17), arrives with his own agenda; how to escape from the island. How far is he willing to go in order to get his freedom?

The idealistic teacher Ghani loses his principles during an intense day, when he barricades the students in an attempt in saving his working place. A political drama caging the rise and fall of a dictatorship in a classroom.

The movie portrays Norway’s most spectacular robbery, where 11 men occupied central Stavanger for twenty minutes and escaped with 57 million kroner (appx $10 million). A police officer was shot and killed.

Jarle Klepp from “The Man Who Loved Yngve” is now a student on 25, loving women, indie rock, and deconstruction. Then he gets a letter telling him he’s a father, after a drunken one-night stand with a 15-year-old, 7 years ago, back in 1989.

“O’Hellige Jul!” follows both a serial killer as he plans for his next kills, and the next set of victims he has set his sights on. As the group of friends we get to know prepare for Christmas in their own way we also follow the killer as he stalks and does his final research for this years Christmas cruelty. In the last act of the movie he invades the home of our group of friends to execute his twisted little plan as foreshadowed in the first act.

Two Kurdish little people in Iraq risk their lives to fulfill their dreams and that is to meet football hero Cristiano Ronaldo.

April 1940. Norway has been invaded by Germany and King Haakon VII, the royal family and government have fled into the interior of the country. The German envoy to Norway, Curt Brauer, tries to negotiate a peace. Ultimately, the decision on Norway’s future will rest with the King.

True World War II story about Jan Baalsruds, one of the 12 saboteurs sent in 1943 from England to the Nazi occupied Northern Norway. After their boat is sunk by the Germans, Jan goes on the run towards the neutral Sweden. However, the brutal weather conditions turn out to possibly be an even greater foe than the Nazi patrols.

A teenage girl struggles to survive and to find her younger sister during the July 2011 terrorist mass murder at a political summer camp on the Norwegian island of Utøya.

We use cookies to ensure that we give you the best experience on our website. If you continue to use this site we will assume that you are happy with it.AgreePrivacy policy