Prostate-specific antigen, or PSA, is a protein produced by normal, as well as malignant, cells of the prostate gland. The PSA test measures the level of PSA in a man’s blood. For this test, a blood sample is sent to a laboratory for analysis. The results are usually reported as nanograms of PSA per milliliter (ng/mL) of blood. 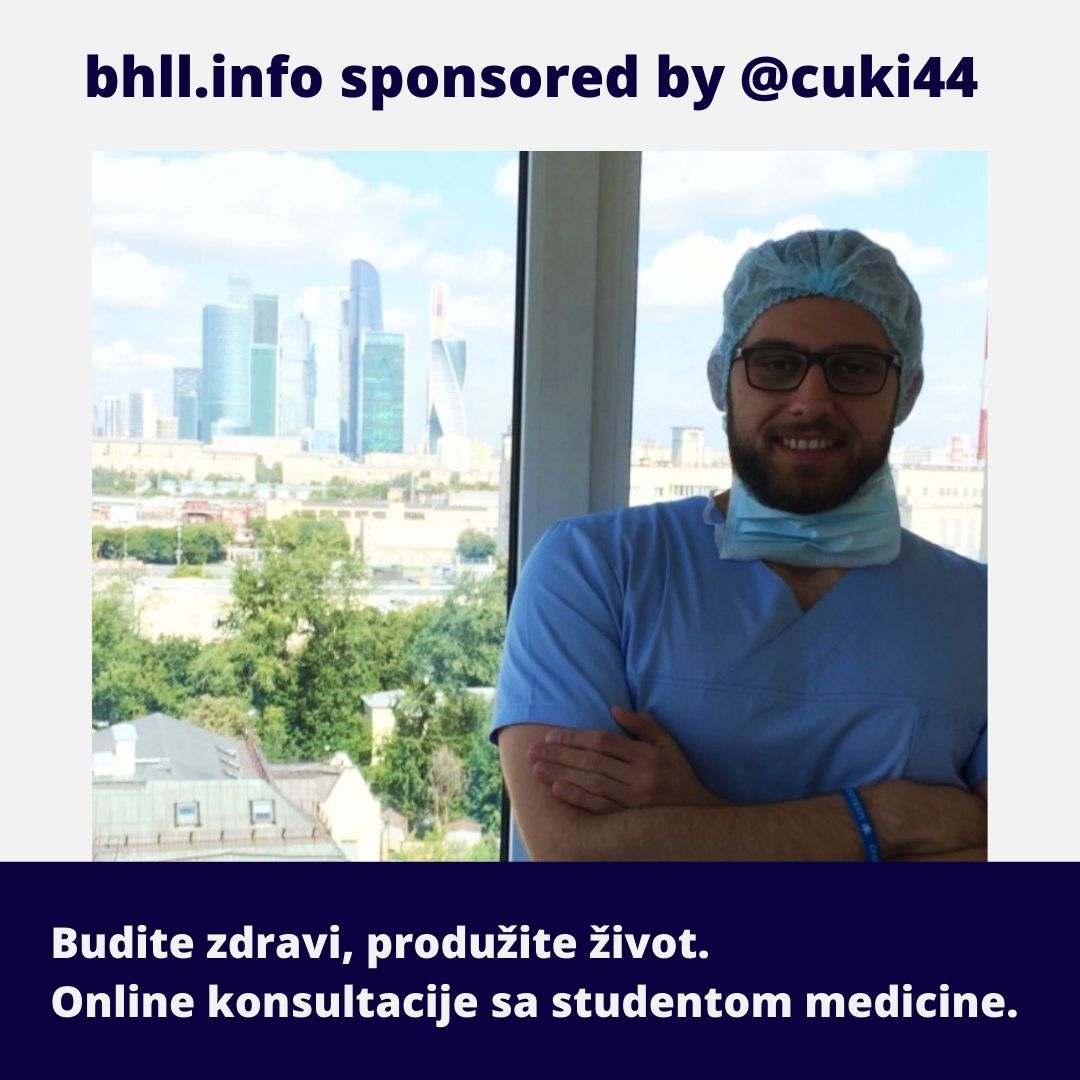 The blood level of PSA is often elevated in men with prostate cancer, and the PSA test was originally approved by the FDA in 1986 to monitor the progression of prostate cancer in men who had already been diagnosed with the disease. In 1994, the FDA approved the use of the PSA test in conjunction with a digital rectal exam (DRE) to test asymptomatic men for prostate cancer. Men who report prostate symptoms often undergo PSA testing (along with a DRE) to help doctors determine the nature of the problem.

Men with prostate cancer may have elevated levels of PSA. However, many noncancerous conditions also can increase a man’s PSA level. The PSA test can detect high levels of PSA in the blood but doesn’t provide precise diagnostic information about the condition of the prostate.

The PSA test is only one tool used to screen for early signs of prostate cancer. Another common screening test, usually done in addition to a PSA test, is a digital rectal exam.

In this test, your doctor inserts a lubricated, gloved finger into your rectum to reach the prostate. By feeling or pressing on the prostate, the doctor may be able to judge whether it has abnormal lumps or hard areas.

Neither the PSA test nor the digital rectal exam provides enough information for your doctor to diagnose prostate cancer. Abnormal results in these tests may lead your doctor to recommend a prostate biopsy.

During this procedure, samples of tissue are removed for laboratory examination. A diagnosis of cancer is based on the biopsy results.

Other reasons for PSA tests

For men who have already been diagnosed with prostate cancer, the PSA test may be used to:

Is a PSA test worth having if I have no symptoms?

Despite the other more common non-cancerous causes for a raised PSA, it is still the standard first line test to screen for prostate cancer. If the PSA level is elevated it may lead to other tests such as an MRI to further investigate.

One of the problems with using the PSA test to detect prostate cancer is that there are high numbers of results that are false positive (elevated PSA levels not due to cancer) and sometimes false negative (a “normal” PSA level despite the presence of cancer).

In the early stages, prostate cancers usually do not show any symptoms. Cancer can grow in the prostate and not affect urine flow until it is at a late stage. Therefore a PSA test can be a sign of prostate problems before symptoms have started.

Is the PSA test recommended for prostate cancer screening?

Having a PSA test

You can have a PSA test at your GP surgery. Your GP or practice nurse might talk to you about having a PSA test if you have symptoms such as problems urinating, if you’re worried about prostate problems, or if you’re at higher risk of getting prostate cancer.

Your GP or practice nurse should talk to you about the advantages and disadvantages of the PSA test before you decide to have one. They will also discuss your own risk of getting prostate cancer, and ask about any symptoms you might have.

If you decide you want a PSA test, your GP or practice nurse will take a sample of your blood and send it to a laboratory to be tested. The amount of PSA in your blood is measured in nanograms (a billionth of a gram) per millilitre of blood (ng/ml).

Your GP may also do a digital rectal examination (DRE), also known as a physical prostate exam, and a urine test to rule out a urine infection.

What could affect my PSA level?

Prostate specific antigen (PSA) is produced by healthy cells in the prostate, so it’s normal to have a small amount of PSA in your blood. The amount rises as you get older and your prostate gets bigger. Prostate problems, such as an enlarged prostate or prostatitis, can cause your PSA level to rise – but lots of other things can affect your PSA level too.

A urine infection – You may have a test for a urine infection as this can raise your PSA level. If you have an infection, you’ll be given treatment for this. You’ll need to wait until the infection has gone – around six weeks – before you have a PSA test.

Ejaculation – You may be asked to avoid any sexual activity that leads to ejaculation in the 48 hours before a PSA test.

Digital rectal examination (DRE) – Having a DRE just before a PSA test might raise your PSA level a small amount. Your doctor might avoid testing your PSA for a week if you’ve just had a DRE.

Medicines – Let your GP or practice nurse know if you’re taking any prescription or over-the-counter medicines, as some can affect men’s PSA levels. For example, 5-alpha-reductase inhibitors such as finasteride (Proscar®) or dutasteride (Avodart®), which can be used to treat an enlarged prostate, can reduce your PSA level and give a false test result.

What is a normal PSA test result?

There is no specific normal or abnormal level of PSA in the blood, and levels may vary over time in the same man. In the past, most doctors considered PSA levels of 4.0 ng/mL and lower as normal. Therefore, if a man had a PSA level above 4.0 ng/mL, doctors would often recommend a prostate biopsy to determine whether prostate cancer was present.

Another complicating factor is that studies to establish the normal range of PSA levels have been conducted primarily in populations of white men. Although expert opinions vary, there is no clear consensus regarding the optimal PSA threshold for recommending a prostate biopsy for men of any racial or ethnic group.

What if a screening test shows an elevated PSA level?

If a man who has no symptoms of prostate cancer chooses to undergo prostate cancer screening and is found to have an elevated PSA level, the doctor may recommend another PSA test to confirm the original finding. If the PSA level is still high, the doctor may recommend that the man continue with PSA tests and DREs at regular intervals to watch for any changes over time.

If a man’s PSA level continues to rise or if a suspicious lump is detected during a DRE, the doctor may recommend additional tests to determine the nature of the problem. A urine test may be recommended to check for a urinary tract infection. The doctor may also recommend imaging tests, such as a transrectal ultrasound, x-rays, or cystoscopy.

If prostate cancer is suspected, the doctor will recommend a prostate biopsy. During this procedure, multiple samples of prostate tissue are collected by inserting hollow needles into the prostate and then withdrawing them. Most often, the needles are inserted through the wall of the rectum (transrectal biopsy). A pathologist then examines the collected tissue under a microscope. The doctor may use ultrasound to view the prostate during the biopsy, but ultrasound cannot be used alone to diagnose prostate cancer.

How good is the PSA test for finding prostate cancer?

About one in three men with a PSA level between 4 and 10 ng/ml will have prostate cancer, although this proportion varies with the population tested.

When is an MRI scan ordered?

Having an MRI scan of the prostate is more accurate in detecting aggressive prostate cancer than having a random prostate biopsy. As a result, many Urologists (a doctor specialising in diseases of the urinary tract and male genital organs) will order an MRI if the PSA level is high, before doing a prostate biopsy.

If the MRI shows a suspicious area in the prostate, this area can be accurately targeted by a subsequent biopsy. If the MRI shows no sign of cancer, then the Urologist may decide not to proceed with a biopsy at all.

Why is biopsy necessary to diagnose prostate cancer?

The only way to diagnose prostate cancer is with a tissue sample taken from the prostate. The biopsy is usually done by a Urologist. The tissue samples are then sent to a pathologist to be looked at under a microscope to see if cancer is present, and if so, whether it is aggressive or not.

A transrectal or transperineal ultrasound-guided biopsy of the prostate gland uses an ultrasound probe placed in the rectum (back passage) to outline the prostate. A prior MRI showing a suspicious area can guide the doctor in where to place the biopsy needles for collecting the tissue samples.

Transrectal or transperineal biopsies can be unpleasant and at least half of men have minor symptoms for a day or two afterwards. With a transrectal biopsy, there is also a small risk of serious infection (septicaemia) even when ‘covering’ antibiotics are used. The risk of infection with transperineal biopsy is close to zero; however, this method of biopsy usually needs a general anaesthetic.

How are researchers trying to improve the PSA test?

Scientists are investigating ways to improve the PSA test to give doctors the ability to better distinguish cancerous from benign conditions and slow-growing cancers from fast-growing, potentially lethal cancers. None has been proven to decrease the risk of death from prostate cancer. Some of the methods being studied include:

Pro-PSA. Pro-PSA refers to several different inactive precursors of PSA. There is some evidence that pro-PSA is more strongly associated with prostate cancer than with BPH. One recently approved test combines measurement of a form of pro-PSA called [-2]proPSA with measurements of PSA and free PSA. The resulting “prostate health index” can be used to help a man with a PSA level of between 4 and 10 ng/mL decide whether he should have a biopsy.

IsoPSA. PSA exists in different structural forms (called isoforms) in the blood. The IsoPSA test, which measures the entire spectrum of PSA isoforms rather than the concentration of PSA in the blood, may improve the selection of men with prostate cancer for biopsy.

About Students of Medicine

BHLL.info was founded by students of the medical faculty. Use the comment section to discuss with us about your problems. Meet us better!

We use cookies to ensure that we give you the best experience on our website. If you continue to use this site we will assume that you are happy with it.AgreePrivacy policy